The Greenview Regional Multiplex is located in Valleyview, a town of 1,972 residents that serves a market trading area of approximately 5,000. The Town is known as the “Portal to the Peace” and is situated within Greenview, 345km northwest of the City of Edmonton, along Highway 43 at the edge of Alberta’s oil and gas-rich Peace Country. Throughout Greenview, residents experience adventure right in their backyards. Lakes, rivers, Rocky Mountain peaks and vast prairies offer an outdoor playground for all ages. The multiplex, home to an indoor Aquatic Centre, Fieldhouse, Walking Track, Fitness Centre, Indoor Play Centre, Commercial Kitchen, and Concession, is a hub for year-round recreation and social activity and has been a vital addition to the region since its completion in 2018.

The Greenview Regional Multiplex in Valleyview is the culmination of research, community engagement and planning dating back to 2006. Facility components have been included to respond to demonstrated community demand, and the project has evolved under the guidance of both Greenview and Valleyview elected officials, administrators, and residents. Both Greenview and Valleyview support recreation services through overarching strategic planning. The 2006 Community Facility Needs Assessment included extensive research into determining preferences and demands for recreation facilities via thorough public engagement. Through this assessment, a comprehensive sample of 5,100 different perspectives were collected. It provided a review of comparable regions, an analysis of recreation trends, and an inventory and assessment of existing recreation assets in the region. In 2006, fifty-seven percent of residents stated that new facilities should be developed, with indoor aquatic spaces being by far the most popular amenity requested.

In 2009, Greenview and Valleyview initiated a feasibility study to further understand the costs and benefits of different recreation facility investment options. The 2009 study focused on the feasibility of both indoor aquatics and a social banquet facility space that could accommodate large groups of over 500 people. Similar research methodologies were used to revisit community needs and preferences for recreation facilities. An even stronger market appetite for new facilities was demonstrated; seventy-nine percent of residents felt that new recreation facilities were needed, and sixty-three percent were willing to pay increased taxes to support development. Demands for indoor aquatics and social banquet areas were confirmed. Demands for other needs such as fitness, indoor walking/running and gymnasium spaces also emerged. After the 2009 study was completed, several other internal and external community engagement and research processes were undertaken to articulate further what a new regional recreation centre could include and how much it would cost to build and operate.

The Greenview Regional Multiplex project was completed in 2018, with over a decade of community engagement and planning behind the facility and strong public support. Residents of Greenview and Valleyview have been enjoying the benefits the facility has brought to the region for over 3 years. January 1, 2020, the MD of Greenview became the facility’s sole provider of operations and maintenance. Now is the time to continue the momentum into the future and ensure that the enjoyment of the facility is experienced for decades to come.

The estimated project budget for the Greenview Regional Multiplex in Valleyview was $36M.  Much of the facility capital costs were covered via municipal sources from Greenview and Valleyview.  Funding has been provided at a ratio of 5:1, with Greenview contributing 83% and Valleyview contributing 17% of the project cost.  January 1, 2020, the MD of Greenview accepted all maintenance and operational responsibilities.  External funding in the form of donations and sponsorships has also made this project a reality.  The fundraising goal for community sponsorship was set at $1 million.  This facility represents an opportunity for local individuals, businesses, and industries to support their community, raise their profile, promote themselves and receive lasting recognition by becoming a sponsor.

There is an opportunity to have the Greenview Regional Multiplex named after a major contributor (the facility sponsor).  In addition, there are numerous opportunities available within and on the site of the Multiplex.  Dependent on the sponsorship level, sponsors can have their names used in association with a specific space within the facility, such as the Fieldhouse, Aquatic Centre, Walking/Running Track, Fitness Centre, Indoor Play Centre, and Changerooms.

Sponsors can also have their names on fixed elements such as indoor banners, signage, etc.  In all cases and at all sponsorship levels, Greenview has set architectural design criteria for exposure locations, size of sponsor signage and visibility.  All sponsors receive a tax-deductible receipt. 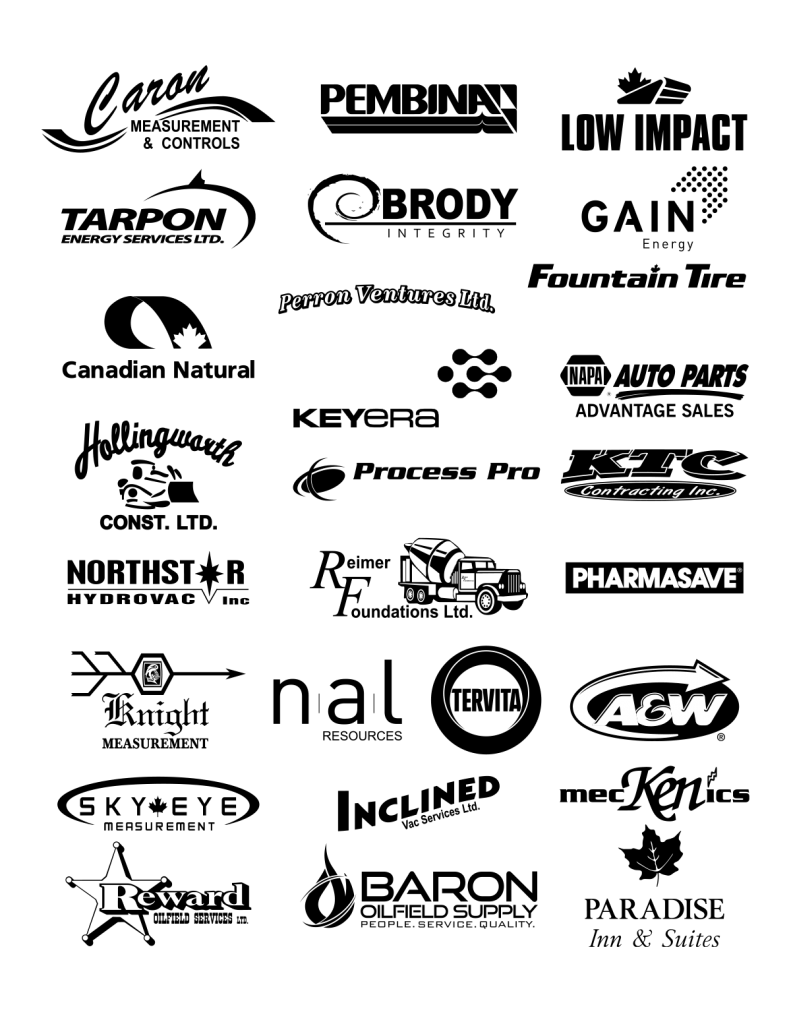 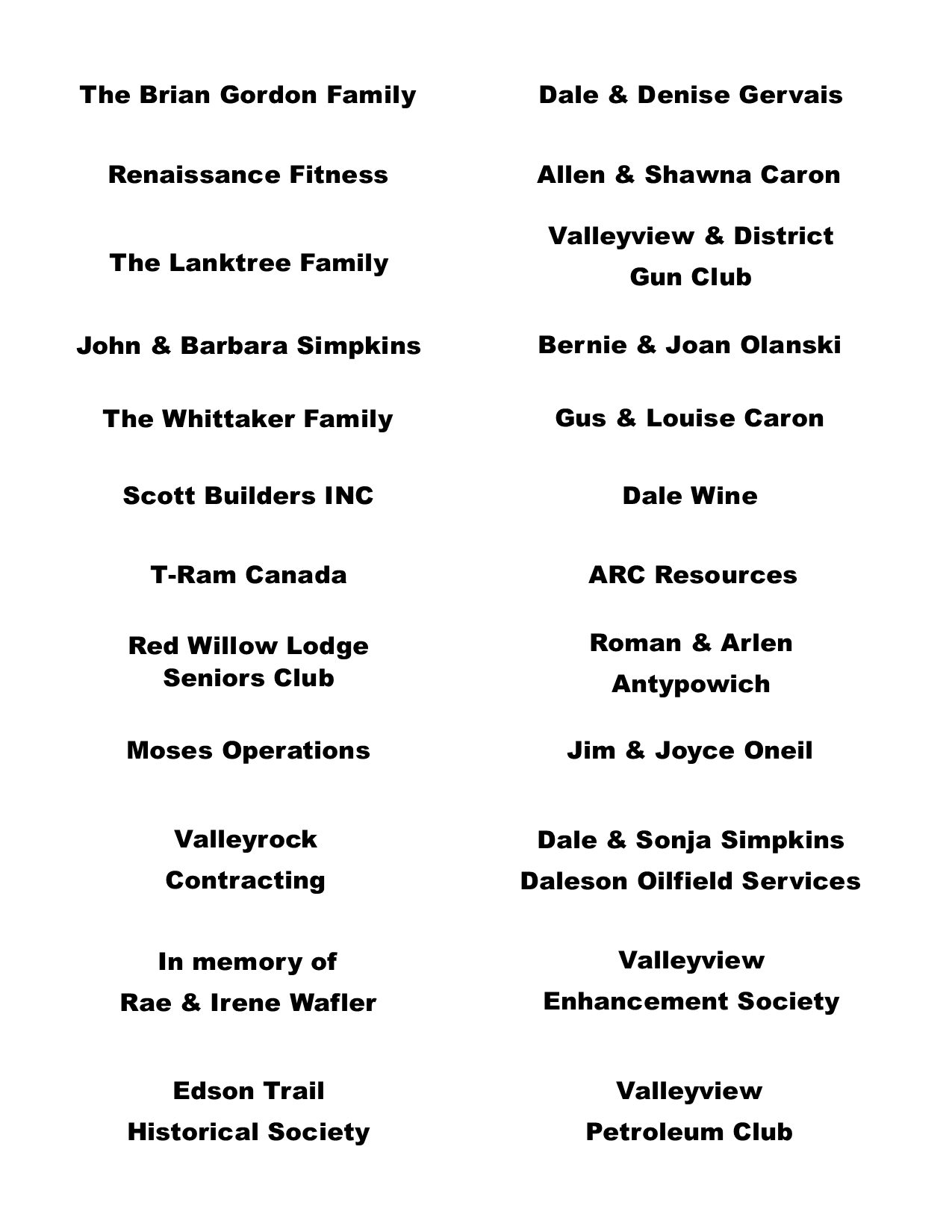