Council is pleased to welcome Mr. Stacey Wabick to Greenview as the new Chief Administrative Officer (CAO). Stacey has been working as the interim CAO since June 2021.

“On behalf of the Municipal District of Greenview Council, I am pleased to announce the appointment of Mr. Stacey Wabick as the Chief Administrative Officer,” said Reeve Dale Smith. “Since early June, Mr. Wabick has been the Interim CAO. Council has appreciated the management style and commitment that Mr. Wabick has brought to the office of the CAO, both in his interim and Deputy CAO capacity,” he added. “Greenview Council is looking forward to working with Stacey Wabick as we move the municipality forward and continue Greenview’s commitment to municipal excellence.”

Stacey’s career includes a mixture of non-profit and local government experience. Raised in Manitoba, Stacey was started his career with Manitoba Natural Resources before moving to Brooks, Alberta with his wife to join Ducks Unlimited Canada. In 2005, Stacey transferred with Ducks Unlimited Canada to work with landowners, local government, and various conservation-minded organizations throughout the Peace Country.

Mr. Wabick joined Greenview in 2015 and has worked his way through the organization as a Coordinator and then Manager for Outdoor Recreation, Director of Community Services, Deputy Chief Administrative Officer, and now Chief Administrative Officer. Stacey and his wife have two children. Their daughter is attending the University of Alberta in pursuit of a law degree and they have a son in grade 12 who lives part-time in Edmonton as part of the Edmonton Padres High-Performance Program for baseball.

Stacey is pleased to take on his new role for Greenview. “My working knowledge of local government, coupled with my industry knowledge of oil and gas, farming and construction, should prove to be valued attributes in my role as Chief Administrative Officer,” he stated.

“Greenview has played a special part in raising my family, from my kids learning to skate in the Ridgevalley Arena to spending summers at Sturgeon Lake. I look forward to continuing to serve this special place called Greenview and working with Council and Staff to serve all ratepayers and stakeholders in the Municipal District.” 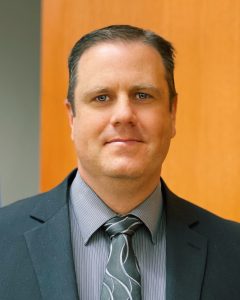 About MD of Greenview:
Located in Alberta’s northwest, Greenview is a vast and diverse area of fertile farmland, winding rivers, mixed wood forests, and spectacular peaks of the Rockies. The Municipal District of Greenview covers 32,915 square kilometres, with a footprint larger than the country of Belgium. Greenview residents experience adventure right in their backyards. Lakes, rivers, mountain peaks, and vast prairie offer a year-round outdoor playground for all ages. Greenview’s economy is strengthened by its diverse natural resources, a talented workforce and an entrepreneurial spirit that is second to none. Greenview is both an ideal recreation destination and an economic hub. Learn more at
mdgreenview.ab.ca