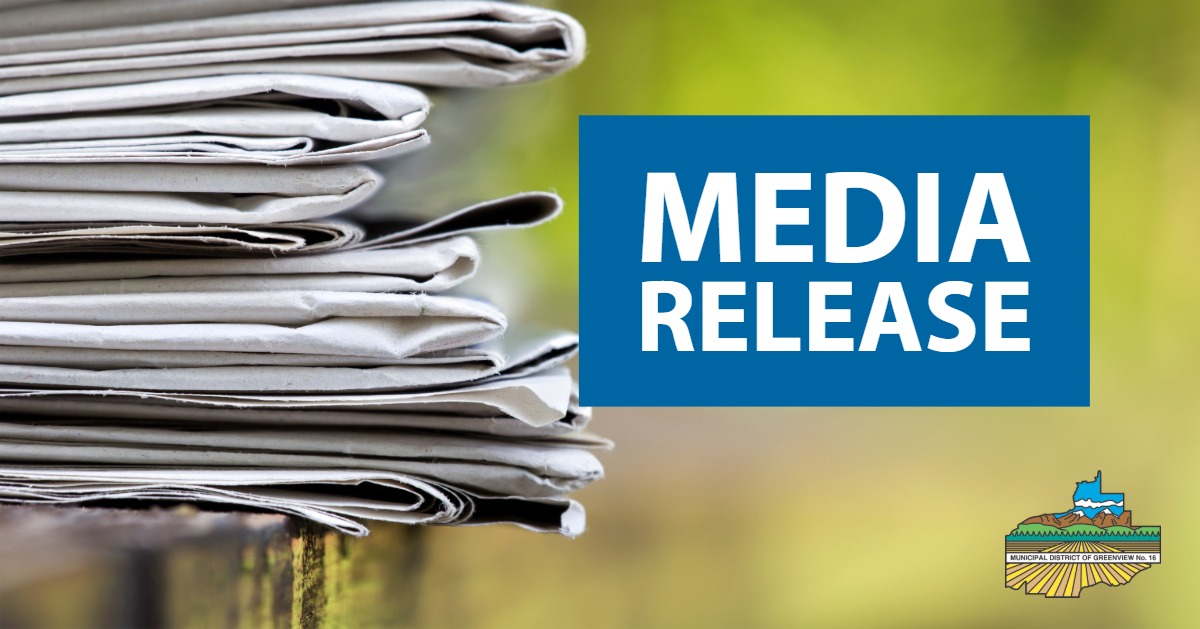 Earlier this year, the Provincial Government of Alberta began an assessment model review for regulated oil and gas properties, including wells and pipelines. While the Government of Alberta describes the review as a plan to “modernize” the assessment model and enhance the competitiveness of the oil and gas industry, Greenview is deeply concerned with the cost to municipalities, citing the viability of some municipal stakeholders will be jeopardized.

The Province is considering four different scenarios. The impacts of each of those scenarios would have a different financial impact on those with oil and gas assessments in their municipality. Greenview will perhaps see a 12% decrease in annual revenue, depending on which model the Government chooses to adopt.

“Greenview remains optimistic that the Province will find a balance in this review; one that will incentivize the oil and gas industry and maintain sustainability within Municipal Government,” states Reeve Dale Smith.

Greenview has engaged Accurate Assessment to assist Administration in forecasting long-term impacts that the Province’s Assessment Model Review may have on our municipal tax revenue.  Administration and Council are concerned with the uncertainty this review is creating.  We are working to quickly gain knowledge on the long-term impacts the Government’s model review would cost Greenview in the immediate years and further out five and ten years and beyond.  “The need to provide municipal services to our residents and businesses, including the oil & gas sector, will not diminish.  We are just going to be expected to do the same with less; this simply doesn’t add up.  The only realistic option will be to provide less because we will have less,” says Chief Administrative Officer, Denise Thompson.

The taxes collected in Greenview are the sole source funding that finances infrastructure costs and maintenance; roads & streets, bridges, mowing, lights, water, wastewater, solid waste, emergency services; fire & rescue & civil enforcement, extension programs, recreation, and more.  The financial contributions Greenview makes to not-for-profits, sporting events, tourism and economic development are all funded by tax revenue.  Greenview is proud to be a funding partner with other municipalities including Smoky River and Big Lakes Counties that fund the Smoky River Ski Hill, Philip J. Currie Museum at Wembley AB, senior’s housing throughout the region and millions of dollars annually to the towns of Valleyview and Fox Creek.  Approximately 94% of the tax revenue to Greenview is non-residential and much of that is what the Government has its sights on in hopes to pass along direct savings to the oil and gas sector – all at a cost to the municipality.

Greenview has been a catalyst in supporting oil and gas; including taking over 172 km of provincial infrastructure (Forestry Trunk Road) many years ago, to this year contributing $60 Million to the Province for the twining of 23 km of HWY 40, south of the City of Grande Prairie.

While the Government’s plans will reduce the bottom dollar that municipalities will collect, Greenview, along with all the other affected municipalities, will soon be tasked to reduce spending, much of which for Greenview will include the far-reaching financial contributions we make throughout the region.

What Can You Do?

It is always important that the Government understands the needs and concerns of residents and business owners.  Greenview encourages you to contact your local MLA and the Government of Alberta to express concern over the impacts that the Assessment Model Review may have on municipal revenues.

The final decision by the Government of Alberta and Premier Jason Kenney on this proposal is expected by mid to late August, so we encourage you to take action now.

Media inquiries may be directed to: